“There was, just before the feminine mystique took hold in America, a war, which followed a depression and ended with the explosion of an atom bomb. After the loneliness of war and the unspeakableness of the bomb, against the frightening uncertainty, the cold immensity of the changing world, women as well as men sought the comforting reality of home and children. (…) We were all vulnerable, homesick, lonely, frightened. A pent-up hunger from marriage, home and children was felt simultaneously by several different generations; a hunger which, in the prosperity of postwar America, everyone could suddenly satisfy.”

When I write up my outlines for potential book plotlines these days, I usually set out what my overall “themes” are going to be. I’ll start writing and think I’m going in one direction, but the next thing I know, ten or twenty pages in, the major theme ends up morphing into something else. Often times without “my” permission. The writer in me has her own voice.

No matter what my story is about concretely—whether it’s as complex as time traveling kids who crash land a planet full of misandrists (yes, that is a thing I am attempting to do), or as simple as a girl who just wants a guy to notice her—my underlying theme or “moral of the story” usually ends up having something to do with mental health.

More specifically, it ends up having something to do with the fact that mental health issues, at least in my experience, seem to be these big, scary things that nobody wants to talk about, like the adult version of monsters in the closet. Those of us who deal with mental illness, in our own lives or in our relationships with family members and friends, sometimes find it easier to just repress it.

I guess the motivation behind my wanting to write about this “mental illness repression” is the fact that I’ve read It’s Kind of a Funny Story by Ned Vizzini, a book that pretty quickly changed my life once I was done with it. Funny Story’s protagonist, Craig, challenges a lot of the taboos that come along with mental illnesses like major depression and anxiety. You’d think that reading a fifteen year old boy’s perspective on the matter wouldn’t teach you enough, but I think it’s because the author chose such an innocent and young speaker that the book hit home so well, to me. To me, when I read it, it was like, “Okay, if this kid is able to see that something is the matter with our country’s views on mental health, then why can’t we, as adults, see that problem?”

Aside from wanting to writing about it in stories, I’ve also just wanted to know, in general, why going to counseling and taking medicine because of said counseling are seen as shameful behaviors. When I’ve heard people say things like, “psychology is a pseudoscience,” “depression is just sadness,” “therapy is for weak people,” and “I don’t need meds, I’m not a crazy person,” I try not to ask them what it is specifically that makes them think that way, but judging from how I personally used to feel about mental illnesses, I can guess at the causes behind it.

Being diagnosed with a brain-altering disorder is like being told that you don’t have control over your own brain anymore. And that, at first, sounds completely dense and ridiculous.

It’s like, of course I have full control over my own brain—it’s mine, and the way it works is simple. I tell my left arm to move, and it moves. I hear my stomach grumble and tell my legs to walk me downstairs to the fridge. Being in full, autonomous control of ourselves and our bodies is one of the fundamental building blocks of existing as a human, since we can’t control others, can’t control the weather, and can’t control time.

But when you find out that you don’t actually have as much power over your brain as you thought you did—when “all of a sudden,” there’s a chemical that goes missing, an unwanted feeling, an involuntary, panicked reaction—it can be a scary thing to realize. It’s like, if I can’t even get a handle myself, how in the world am I ever going to handle anyone else? If I can’t even control my head, how am I supposed to control the rest of myself?

I think that some of the people who “don’t believe in psychology” stop those thoughts there and prevent them from going any further—reject the idea that the brain is somehow outside of our control.

Then there are the people who at least know that there’s a mental health issue in their life—that they are having thoughts that they can’t control, that they are having breathing problems and panic attacks that they can’t stop—but don’t want to admit it because they don’t want to seem like a “crazy person.” I blame the media for perpetuating the idea that all mentally ill people are “crazy people,” but then again, I’m biased, because I blame the media for a lot of things. Sorry.

I don’t see how having a mental illness automatically makes you “crazy.” Sometimes it does, yes, give or take, but I decide to look at mental illnesses the same way that I would all others, like, cancer, or something. No matter the circumstance and no matter the name of the illness, it’s a condition that the patient probably didn’t ask for and probably didn’t want, so telling a depressed person that they’re “crazy” or implying that they “just need to get better already” is probably inaccurate.

People with cancer need chemo the same way that people with major depression, anxiety, and such need therapy and medicine.

Cancer is visible, whereas mental illness seems, to an extent, invisible.

It’s Kind of a Funny Story was an excellent view of mental health from a male’s point of view, and I was able to compare this to my real life experience, having known and talked to a few males who have rejected going to therapy and then told me their reasons why. Needing therapy, and even just needing help in general, are seen as “feminine” needs, “feminine” problems; the “damsel in distress” trope exists for a reason.

Depression is not gendered or sexed. Neither are anxiety and psychosis. There exist millions of words describing why these conditions appear in humankind. From now on, I will be dedicated to exploring the why. 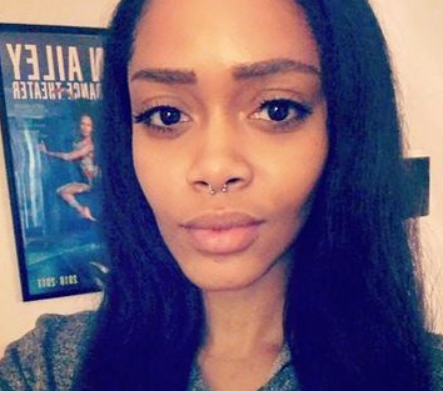 L. Malia is a twenty nine year old fiction writer in California. Her works have been featured in Legendary Women Inc., The Prism Review #16, The Write Place at the Write Time, and 101words.org.